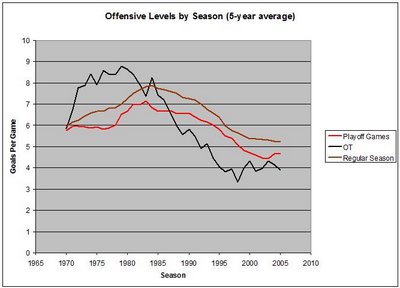 But the OT scoring levels are surprising: throughout the 1970s and early 1980s, teams apparently played more offensively in overtime than they did during regulation. But the opposite has now been true for more than 20 years.